The Gig Economy isn’t Broken, But Government Experts Have a Plan to Hobble It 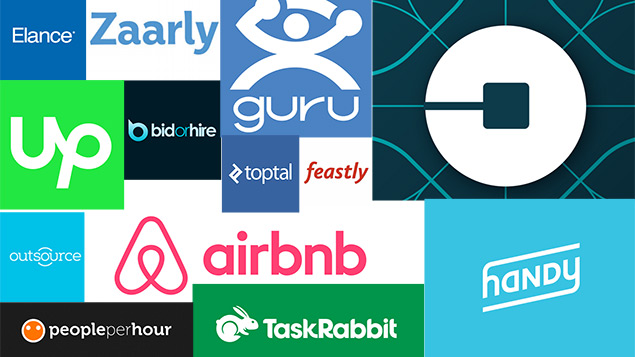 Nine months ago the UK government commissioned an “Independent Review of Employment Practices in the Modern Economy.” Leading the review was Matthew Taylor, Chief Executive of the Royal Society of the Arts. He was supported by three “experts” who were chosen to “…contribute their expertise on the labour market, start-up businesses and public policy areas.”

They were Paul Broadbent, Chief Executive of the Gangmasters Licensing Authority (a non-departmental public body regulating the supply of workers to the agricultural, horticultural and shellfish industries), Greg Marsh, Founder and Formerly Chair and Chief Executive of onefinestay (an online hospitality company) and Diane Nicol, Employment Lawyer and Partner at Pinsent Masons law firm.

Now this is smart government, right? Government by experts. Surely such expertise, focused like a laser beam on achieving social progress for a certain group of people, will produce public policy fit for free and prosperous society that will get the job done?

Well, it didn’t. It produced quite the opposite, in fact. The Taylor review, which was released last week (three months late, naturally), recommends various illiberal and misguided government interventions into the economic exchanges that make up the gig economy. Which isn’t surprising because that was really the whole point of the thing.

The only good thing that can be said about the Review is that it stopped short of recommending that the government bans zero-hours contracts, but this is grasping at straws from a liberty perspective. (Predictably, socialist workers unions were unhappy that the Taylor Review didn’t go far enough).

The main point to understand about this plan of recommended government action is that it is aimed at solving two problems, which for different reasons aren’t genuine problems. The first non-problem is the alleged exploitation of employees by firms like Uber and Deliveroo and an alleged “imbalance” of flexibility between them. And the second is the ‘lost’ tax revenue to the government from the gig economy and the cash-in-hand economy, which amounts to some billions of pounds.

The former isn’t a real social problem because the behaviour in question is not unethical or criminal by any rational standard. Gig economy employees and gig economy employers are willingly entering into contractual exchanges with each other on terms they find agreeable. No one’s being forced to work on terms they didn’t previously accept and everyone is free to terminate their contracts with their employers. And that’s all there is to it and all that matters.

The latter isn’t a real social problem either. The people in government have no legitimate claim to this money and therefore have no right to use legal force to acquire it. Furthermore, in contrast to the private sector, government departments and public sector entities distribute funding in ways that correlate with their own most urgent needs – and not those of the people they are monopolising the provision of some service to.

Which is why government-run services are invariably either terrible or terribly expensive. So it’s no crying shame that billions are slipping through the fingers of the tax man. On the contrary, it’s a blessing for all of society.

The Taylor Review recommends that people who work for platform-based companies, such as Uber, be classed as ‘dependent contractors’ so as to legally entitle them to benefits such as sick pay, holiday entitlement and the minimum wage.

The authors of the review seemingly believe this would address the alleged social injustice of an imbalance of flexibility between gig economy employers like Uber and their drivers, which they see as a flaw of free market capitalism that needs correcting with wise rules created by experts working for the government – whose self-less plans based on the ‘big picture’ serve society better than the self-ish and blinkered plans of millions of profit-seeking individuals.

I imagine the authors of the Taylor Review are feeling enormously satisfied with themselves for this great social good they believe they have laid the groundwork for. They think they’ve found a way to kill two birds with one stone, a way to knock-out two injustices in one deft blow of government. Not only have they saved these workers from being exploited by digital capitalists, but they have also found a way to pour billions more into the public sector – thus saving our glorious healthcare, education and welfare state!

But back in reality, things will be much different. There will be no glory. Just more misspent billions by the government and a gig economy adding less value to our lives than it otherwise would have been had the government not smothered it like a thick tar.

If the government follows the recommendations of the Taylor Review experts and thus raises the cost of labour in the gig economy, then the long-term effects will be what sound economic theory tells us it will be. Fewer jobs in the gig economy; lower average earnings for gig economy workers due to fewer gigs, which will negate gains from entitlements to the minimum wage, sick pay and holiday; higher prices for customers and slower growth of the gig economy than otherwise would have been the case without government intervention.

Who wins here? Who actually gains? No one in the long run. Except for the government and the egos of the experts. The former will have billions more to waste every year on crappy and rationed state medical care, expensive and worthless state education, and the poverty-perpetuating welfare state. The latter will be nicely massaged and somewhat enlarged.

As is typical of interventionism wherever it is practised, initial interventions into the gig economy will fail to achieve their aims and will leave the intended beneficiaries worse off in the long term, which will then prompt a new set of ‘experts’ to come up with a new plan of further interventions aimed at solving the problems caused by previous ones (problems which politicians will wrongly blame gig economy employers for causing). This is the death spiral of interventionism. The only question is how slowly or quickly it happens.

The gig economy (nor indeed any other) doesn’t need fixing by government experts. The very notion is an insult to the intelligence of all the people participating in it and a violation of their basic human rights. Trade in the gig economy is peaceful, voluntary and mutually beneficial, and no one’s legitimate rights are being violated by participating in it. Which is why there is no valid moral argument against it.

But that doesn’t stop politicians publicly making them, of course. Indeed, the shadow business secretary, Rebecca Long-Bailey, declared that “Uber is not morally acceptable” when discussing the Taylor Review recommendation to allow firms like Uber to pay lower than minimum wage when “business is slow” (such benevolence from our government expert overlords!). Needless to say, she doesn’t think firms like Uber should be granted such mercy and permitted this freedom.

This just about sums up the sorry predicament that the UK’s stagnating economy finds itself in. There’s nowhere to turn right now. If it’s not the technocratic interventionists on the Right expanding state power and shrinking wealth-creating liberty, then it’s the democratic socialist interventionist on the Left waiting in the wings to do so.

The more authoritarians on the political Left and Right struggle with each other for control over the state power they need to force millions of people to act according to what they believe is best for them, the less power those people have to choose ways to work which suit them best.

The gig economy isn’t broken, but politicians insist on ‘fixing’ it. In doing so they will ruin it for everyone. This is why we can’t have nice things.