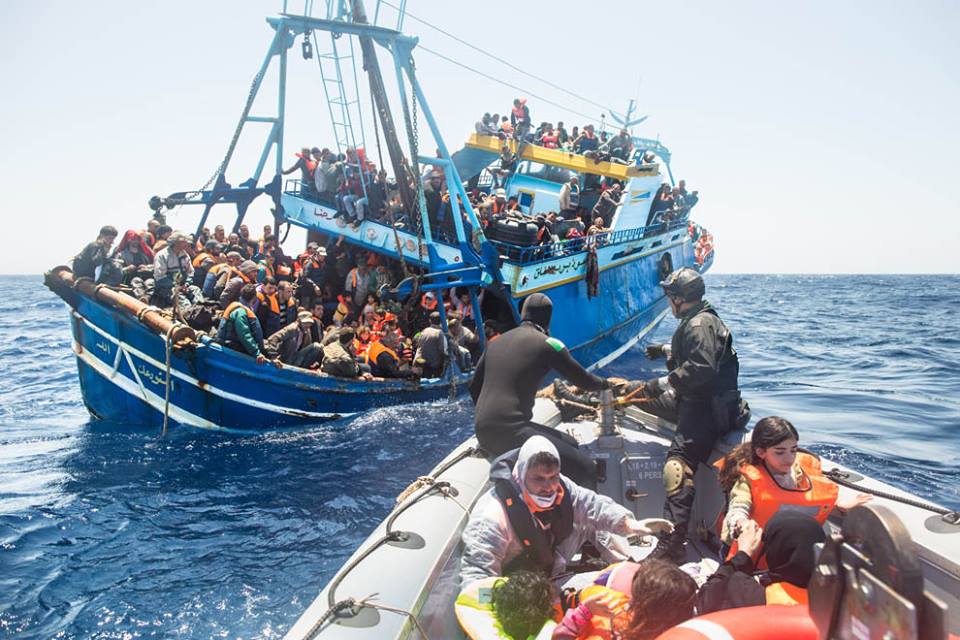 Why are so many of the people fleeing from violence and destitution in parts of the Middle East and Africa travelling by boat when flying to Europe is quicker, cheaper – and safer? At first this seems like a truly puzzling question, but if you understand how government action in the form of regulations affect incentives, then you know where to look to find the answer – which in this case is: the (very) big book of EU Directives.

Hans Rosling (the man behind gapminder.org) did just that and found the crucial piece of the puzzle, which explains why asylum seekers are taking long and dangerous boat trips and not short and safe flights.

Daniel Bier in his piece for the Foundation for Economic Education summaries Rosling’s findings:

“Rosling points to EU Directive 2001/51/EC, which states — in essence — that to combat illegal immigration, “Every airline and boatline that brings a person without the proper documents for entry has to pay all the costs for returning that person back to their country of origin.

The directive explicitly exempts migrants who have rights as refugees under the Geneva Conventions. But who determines who is a “legitimate” refugee, and who is just an “illegal immigrant”?

In effect, the EU has dumped this responsibility onto the airline staff at the check-in counter, and if they get it wrong — in the judgement of the destination country — the airline has to pay all of the costs of the deporting them.

All of the incentives are towards denying anyone who doesn’t have a visa from the destination country, even though — according to EU regulations and the Geneva Conventions — the refugee might have a right to flee and to seek asylum.”

The root cause of this particularly tragic social problem, then, is well-intentioned collective European government action aimed at ‘improving’ society. There could be no finer and sadly no more tragic lesson in the unforeseen consequences of using coercion against innocent people (i.e. airlines) than the thousands of asylum seekers who die at sea every year as a result. Sometimes, by creating perverse incentives, even the most innocuous-seeming government regulations can lead to the worst possible consequences.

In this case, the perverse incentive created is for airlines to refuse passage to truly desperate people who are fleeing the most horrific conditions. Ordinarily, of course, one group of human beings would I’m sure be only too happy to help another group escape war and destitution in the course of an economic exchange, but with the burden forced upon them by a coercive third-party (the government) that changes.

Can you imagine what it must feel like for airline check-in staff to have to refuse passage to an asylum seeking mother and her children or an ageing couple, knowing that their only other option is a treacherous boat trip or to return to hellish conditions and hope beyond hope for survival? It must be almost unbearable for airline staff to see the despair in the eyes of those they turn away. But what choice do they have? If they allow them to fly, then they will only be forced to fly them back again, resulting in a loss for the business and the immeasurable guilt of knowing you’re sending people back to the horrors they paid you to help them escape from.

In light of this insight from Hans Gosling, there will probably be some who will assert that the moral responsibility for the deaths of asylum seekers and refugees at sea must now lie with airlines, at least partially, but this would be absurd. Morality requires freedom. As Ayn Rand once put it, “morality ends where a gun begins”. In this case moral responsibility ends where the government gun in the form of an EU Directive begins.

The airlines are merely choosing the only course of action available to them that will not definitely result in forced financial losses. It might potentially result in profit losses, however, if refusing asylum seekers harms their public reputation such that fewer people choose to fly with them. If airlines were free to make their own choices, then we can be virtually certain that airlines would never refuse the business of desperate people trying to escape war and destitution. That’s the world we all want. But that’s the world which is prevented from being by government regulation.

The moral responsibility for the deaths of all the people who are continuously trying to escape violence and destitution by crossing treacherous seas in tiny fishing boats lies with those who cause it: the rulers of parts of Africa and the Middle East. Those psychopaths whose violence and oppression drives people to risk their lives in order to escape it. It also lies with those who make it impossible for airlines to convey them away from that danger – the endless conveyor built of rulers of Europe. That faceless army of men and women who sit at desks and write rules to control the behaviour of human beings, as if society is an entirely predictable machine and they are its predictable parts; those who have blind faith in coercion as a force for social good; those who lack the humility to understand that using government action in an attempt to solve complex social problems always has unforeseeable results, and even sometimes has fatal consequences.