Liberty is Dying in the UK, Democratically 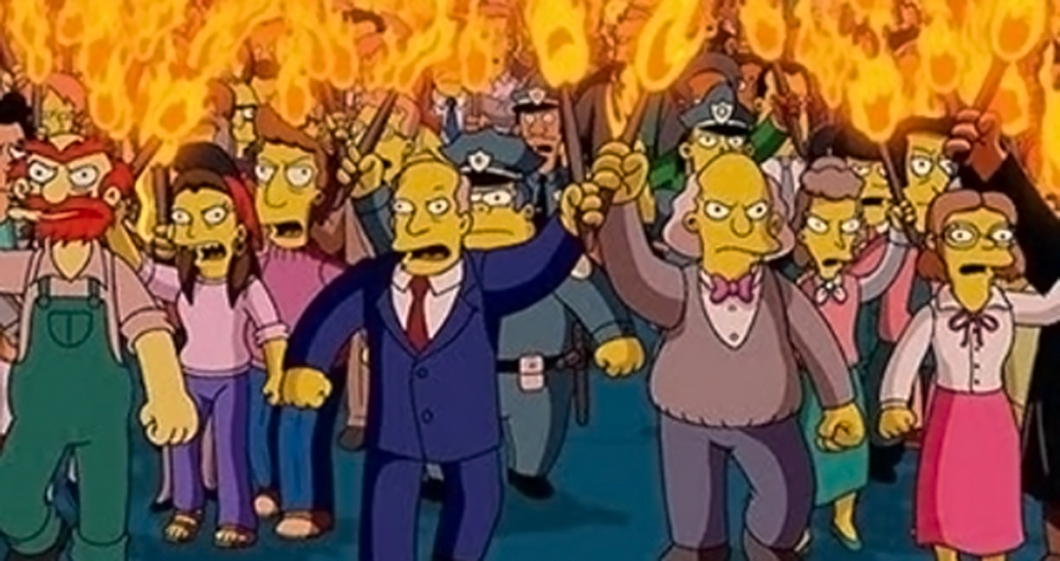 For the perfect example of how individual liberty, which is the indispensable foundation of free and prosperous society, can be so easily eroded in democracies, consider what’s happening in the UK in relation to the fake social issue known as the Gender Pay Gap.

Currently, only UK firms of more than 250 staff are legally required to disclose to the government the difference between the average salaries of their male and female employees. Illiberal and pointless as this is, at least smaller firms are being spared the government rod. However, this somewhat restrained approach seems unlikely to last long.

MPs on the government’s Business Committee are already calling for the government to be more ‘ambitious’. Which is statist-speak for more authoritarian. They recently published a report calling for the ‘net to be widened’ to include smaller firms with over 50 employees. Furthermore, they also want companies to be required to ‘publish action plans and narrative reports’ on what they’re doing to close the gap.

It’s only taken about a year for people in government to decide that lots more firms need to be ‘supervised’ by the government in order to tackle what they believe to be a burning social injustice. How very predictable.

At the moment, the legislation is aimed at merely trying to shame firms into voluntarily eliminating their gender pay gaps. But if gaps persist at a significant number of firms, which they could well do, it’s surely only a matter of time before MPs conclude this isn’t working and start recommending or demanding that the government itself sets the salary rates at all these persistently offending firms.

The sexism and injustice is getting worse! Something must be done to tackle these oppressive employers! It’s unacceptable for women to be denied employment in the 21st century! Are the cries that will be heard. And the more radical of the social justice advocates among MPs will reply “I agree with you! Vote for me and I will punish these oppressors and stamp out this injustice!”

Do you see where this is leading? These intellectual-yet-idiots in government and lobbying those in government have a vision of a ‘transparent’ business world, which is a weasel word for ‘no privacy’. If firms have no right to keep information about their payroll private and are compelled to provide it to the government, then the government effectively becomes the head office of every firm operating in the UK.

And if we reach the stage where firms are no longer being managed privately for-profit but publicly for ‘the people’, then there will be no functioning free markets, and the world of abundance and continuous innovation we know and love will be stamped out by the boot of government marching down the road paved with good intentions.

We would likely arrive at a fascistic kind of economic dictatorship where firms are still privately owned but are directed by a few government central planners – who can do nothing more than replace millions of rational decisions based on many plans with a few of their own arbitrary edicts based on one.

The better future envisaged by today’s social justice believers would, in reality, be a modern totalitarian society. It would be neither left-wing nor right-wing, but straight up total government. A new kind of Leviathan created out of very old and wrong ideas, which could only paralyse capitalism and impoverish everyone (except the ruling elite).

Social justice believers cling to certain false beliefs. Firstly, they believe that wages are a moral issue requiring a political solution. They aren’t. Wages are a private matter like how much pocket-money we give our children or who we choose to date. Wages are no one else’s business. No one has a political right to a certain wage. We can only have a contractual right to be paid the wage agreed in it for as long as the contract is in force.

Secondly, they assume the ‘gap’ is the result of widespread insidious sexism on the part of men. They either cannot conceive of any other possible explanation or they simply want to believe this of men. Their economic ignorance leads them down a blind alley or else they simply refuse to see.

So what’s the truth? Well, the best evidence we have suggests the difference (not ‘gap’ because that word implies there ought to be parity) is explained by the influence of children upon earnings. Mothers earn less than non-mothers. Fathers earn more than non-fathers. And that’s all there is to it. There’s nothing sinister lurking behind it. As much as it will disappoint today’s social justice warriors, widespread sexism on the part of men isn’t the cause.

Thirdly, social justice campaigners see themselves are some kind of humanitarian heroes fighting to make the world a better place by expanding state power over people. They couldn’t be more wrong about themselves. They look in the mirror and see a hero, but what they should be seeing is a human being lacking humility and respect for basic human rights – property rights.

It’s entirely unsurprising that MPs are now wanting to expand the reach of the government’s powers. Using state power is what the government does, after all. In the eyes of MPs, that’s the ‘product’ it provides to society. It’s like the product developers at Kellogs recommending more people eat their All-Bran cereal. They believe it’s good for you, so of course, they’re going to recommend it. MPs believe government intervention, i.e. legalised coercion, is good for society, so the government should provide more of it to society. The more the better as far as they’re concerned.

Ideologically, today’s social justice believers are state-power junkies. They’re addicted to legal coercion. They crave it. They can only see it as the solution to all of society’s problems. But in truth, it’s either the root cause of those problems or can only make them worse. But just like a drug addict who doesn’t want to quit, you’ll never convince them otherwise. To paraphrase the Doobie Brothers: what these fools believe they see (i.e. 21st century women in the UK as an economically oppressed minority) no wise man has the power to reason away.

It seems to me that individual liberty under the democratic state is rather like a mountain – it gets eroded over time. Unlike mountains, however, which are eroded by several natural processes, liberty is eroded by a single human process: the expansion of state power. And just like natural erosion, unless it’s observed and measured over a long period of time, no one notices until it’s too late.

As long as human beings remain capable of flawed thinking and corrupting political ideals such as equality, then state power will be continously expanded and liberty eroded in democracies – regardless of how many checks and balances they have. The solution is simple but scarily radical: abolish the state.