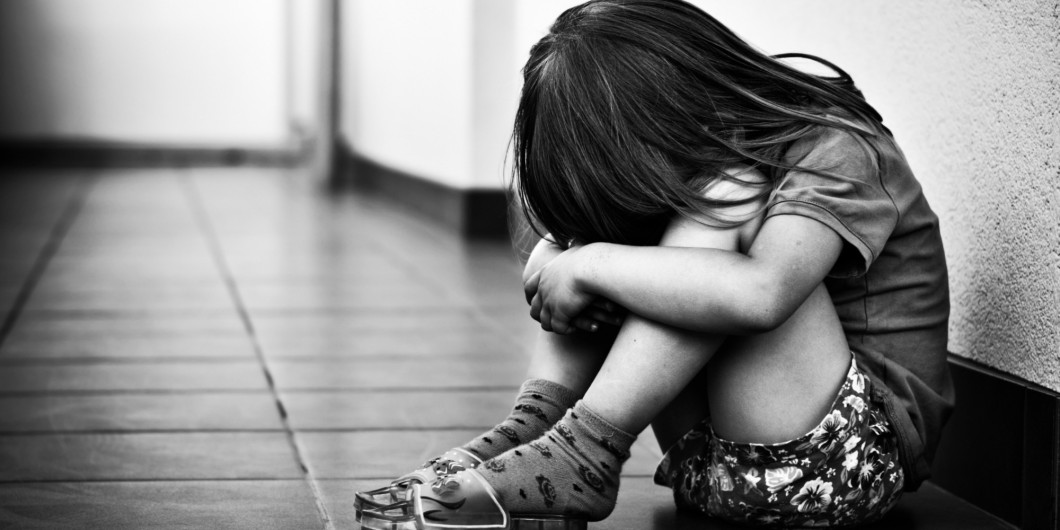 A recent study by the University of Central Lancashire in the UK has revealed that one in every five children in England is referred to ‘children’s services’ before the age of five and that one in every nineteen is investigated. No, this isn’t due to an epidemic of evil parenting. The cause is a different kind of emerging evil. An insidious one. One disguised as social good.

In an article for the University’s website, Lyndsey Boardman writes:

“A Freedom of Information (FoI) request by researchers at University of Central Lancashire (UCLan) gained responses from 75% of English local authorities showing that 115,735 children, 22.5% of the over half million children born in 2009-10 in these authorities, had been referred to children’s services before their fifth birthday in 2015. The paper shows that half of those referred, one in every nine children, were at some time suspected of having suffered abuse or neglect. Child protection investigations were carried out into the circumstances of 5.4% of all children born in 2009/10.

Whilst it is often assumed that the majority of child protection concerns relate to sexual or physical abuse, the main focus is concerns about neglect and emotional abuse; the latter often following a referral for domestic violence. National statistics on children of all ages show large increases of child protection plans due to neglect and emotional abuse in the last five years. In 2015 more than three-quarters of all child protection plans were for these two reasons. In contrast, plans following sexual abuse had changed little and those from physical abuse had fallen slightly.”

Consider that for a moment. Nearly a quarter of the over half a million children born between 2009-10 from 75% of English local authorities had been referred to children’s services before their fifth birthday. Doesn’t that seem staggering? Would you ever have guessed such a high percentage if I had asked you to?

As the author notes: “The paper shows that half of those referred, one in every nine children, were at some time suspected of having suffered abuse or neglect. Child protection investigations were carried out into the circumstances of 5.4% of all children born in 2009/10.”

Of course, in an ideal world, there wouldn’t be any abusive parents, but humans are flawed creatures and such a world will probably never be.

So, why is this widespread state intervention into family life happening? It’s not because parents are generally becoming more violent and abusive, which is what many people might easily conclude. As the author points out, children’s services interventions in cases of sexual and physical abuse have not increased.

It’s not a social evil being reflected here, then. It’s a state evil being enacted. People acting under state authority are intervening in the lives of families in England to an unprecedented degree. Or, to put it another way, the coercive apparatus of the state (the brute force of the law) is playing a larger role in family life than ever before.

There’s a simple answer as to why this is happening. The legal power of children’s services, like all branches of government, has expanded over the decades. It acts this way simply because it can; it has the legal authority to do so and people who work for government agencies tend to equate the legal right to do X as having everyone’s moral sanction to do X to them. All power granted to government agencies is eventually to its fullest extent.

Contrary to private enterprises which are society-serving and customer-facing, government agencies are, by design, self-serving and inward-facing. Everyone who works for them shares the belief that the state is a force for social good. Thus they believe the more power and funding their agency has the better it is for society. So, naturally, they are forever seeking more of both. Very few government agencies shrink over time in terms of power and funding. The norm is expansion even for those society doesn’t value the services of. Unlike private enterprises that society doesn’t value, which shrink into non-existence.

Today’s social worker probably doesn’t feel bad about interrogating the parents of many of the children in his or her local community because the law says they can – nay must. On the contrary, they’ll probably feel good about it. They’ll likely feel it’s their duty to society to use the legal power available to their agency to its fullest extent and thus to act as an extra layer of authority over children to monitor the performance of their parents.

The original purpose of children’s services would have been to prevent and punish parental child abuse and to remove children from parents whose ill intentions endangered their safety. Essentially, its goal was to enforce the human rights of the most vulnerable minority in society – children. That’s a noble goal.

However, judging by its behaviour, children’s services now seems to see itself as having a larger purpose in society, a wider remit if you will. Which apparently is something along the lines of eradicating lousy parenting from society, according to some official definition of what quality of parenting a child is entitled to. This would explain why state agents are interrogating the parents of 1 in 5 children in England. They aren’t meeting the required government standard!

But society has no right to demand that all parents act according to one parenting plan approved by the government, which is what is effectively being attempted through children’s services today in England. The law shouldn’t enable a group of people to impose their preferred parenting approach on all parents. That’s not freedom. That’s not a free society. The notion of centrally planned family life belongs somewhere hellish like North Korea and not in a society claiming to be a free one; it’s the stuff of Orwellian nightmares not dreams of human progress.

The only demand society can make of parents is that they do not abuse the power they have over the human beings who are effectively captive to them until they become adults. In short that they, like everyone else, adhere to our society’s moral law against violence.

Enforcing children’s rights and protecting them from harm is a social problem which has a political solution. The solution being the coercive force of the law used against people who initiate force against another person (in this case a child), which is an effective and ethically justified means of achieving this end.

Lousy or neglectful parenting, however, has no political solution. It’s a far more complex social problem which takes much longer to address. The blunt instrument of state power might seem like one, but there’s no shortcut to raising the general standard of parenting in society. That’s something that can only happen slowly over decades and centuries. You can’t command people to be better parents. To paraphrase Seneca: laws children’s services agents don’t persuade people to be better parents just because they threaten them with fines or kidnapping their children.

As with all illiberal government action, the widespread intervention of children’s services into families has unintended and unforeseen negative consequences. Professor Bilson, the lead researcher on the study, noted that “Such high levels of referral and increasing suspicion of abuse make it difficult to identify the small group of children who are in real danger or to help those who have suffered harm.”

In other words, the state is so busy nannying and lecturing basically decent but lacking parents that it has little time left to help kids who are suffering genuine abuse and neglect. Furthermore, I’d suggest that, in the long term, in this climate of state intervention, parents will act less responsibly towards their children if they believe they share the responsibility for the raising of their children with local social workers.

We can see what’s happened here. The unintentional harm caused to children and their family lives by the authoritarian behaviour of children’s services has become a bigger social problem than the problem of abusive parents. That’s typical of government ‘solutions’.

The substantial mission creep of children’s services in England is disturbing but not surprising. This government agency has grown like a cancer beyond the humble and liberty-respecting role of merely protecting children from abuse and has assumed for itself the grandios and hubristic goal of giving all children a better family life – which cannot even be attempted without resorting to action that violates people’s rights. It’s another sign of our society’s blind faith in the affirmative application of the brute force of the law as a driver for social good.