There is No Problem With Apu 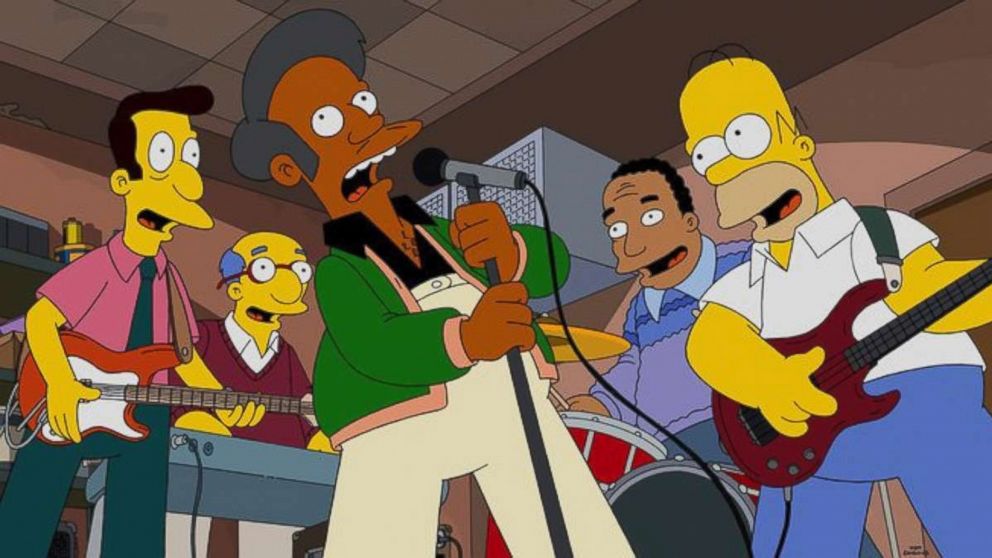 Kondabolu is committing a logical fallacy in assuming that correlation = cause. He is assuming that two events which occurred together must have had a cause and effect relationship.

Kondabolu’s reasoning runs as follows. When he was at school, kids watched Apu on The Simpsons. Watching the Simpsons inspires kids to bully children who are Indian or who sound like Apu. Ergo, the Simpsons producers and writers share some degree of responsibility for him (and anyone else) being bullied at school by kids who watch the Simpsons. Given that they are to some degree responsible, the Simpsons writers have a moral obligation to refrain from having any ethnic-minority characters or the law should prevent them from doing so.

The only way to prove Kondabolu’s claim is true would be to somehow show that the kids who bullied him would not have done so if they had never seen Apu or if Apu had never existed. But this is impossible. So Kondabolu’s argument not only contains a logical mistake which renders it invalid but it is also unfalsifiable.

Kondabolu is wrong. The writers and producers of the Simpsons have no moral responsibility for the suffering Kondabolu endured at the hands of bullies when he was at school. This may anger or frustrate him, but it’s true.

When you have a claim based on an unsound argument that is impossible to prove true, then the honest thing to do is to stop making it. Instead, Kondabolu has made a documentary. This is irresponsible and shows Kondabolu is not interested in social progress. He’s only interested in controlling the Simpsons producers/writers behaviour by way of shaming them into believing they are morally responsible for the actions of kids who watch the show.

Kondabolu probably hopes his documentary will lend unmerited credence to his bullying claim and will convince many other people to adopt the conviction that the Simpsons character Apu is racist. With the ultimate aim being to manufacture enough public pressure to force the Simpsons producers to either ‘correct’ Apu according to the demands of a mob or remove Apu from the show entirely.

In the piece, Kondabolu is quoted as saying, “Everything with Apu is like this running joke. And the running joke is that he’s Indian.”

With these comments, Kondabolu is demonstrating he possesses only a superficial understanding of the humour of the Apu character, which renders his own claim to being a comedian dubious indeed.

The joke is not merely that Apu is Indian. The running joke is the daily experiences of a man born, raised and educated in Indian who now lives and works in America; it’s that he’s a man constantly trying and often failing to reconcile Indian culture and customs with American culture and customs.

Moreover, there’s plenty of evidence that the world at large doesn’t agree with Mondabolu’s claim that the Apu character is racist.

The Simpsons is popular all over the world. It is or at some point has been broadcast in around 70 different countries and has been dubbed into 13 different languages – including Hindi for an Indian audience.

If malicious or insidious racism was the basis of the comedy in the Simpsons, then why would tens of millions of people around the world have been watching it for nearly three decades?

How, I wonder, does Mr Kondabolu reconcile the Simpsons’ multinational and multicultural fan base with his claim that one of its longest-running characters is racist?

One can only assume he would argue that the Simpsons is so subtly and surreptitiously racist that it has somehow duped swathes of humanity into liking it. Leaving us to conclude that Kondabolu has some kind of magical ability to detect racism where no one else can. Therefore, we should all follow his wise counsel and do as he says in order to make ourselves better people and the world a better place.

Kondabolu goes on to say, “Of course he [Apu] is funny, but that doesn’t mean this representation is accurate or right or righteous.”

This is a strange comment, to say the least. Usually, when people consider something or someone racist they don’t also consider it or them funny. They usually see it or them as distinctly unfunny.

How can something that offends Kondabolu also amuse him? To be offended by something is to be upset or angered by it, which is the opposite of being amused or pleased by it. Kondabolu’s thinking is confused.

Consider the second part of Kondabolu’s statement. He is either assuming that the purpose of creating characters in sitcoms is to educate people and to provide moral role models or he is asserting that it should be.

I can’t know for certain, but I’m pretty darn sure neither the creator of the Simpsons nor the actor who does his voice has ever claimed that Apu is an accurate representation of Indian immigrants in America or that he is a moral role model. Of course they haven’t! The Simpsons is a sitcom, it’s not a documentary or an allegory.

The Simpsons was created to make people laugh. Its writers are only trying to make people laugh, they aren’t trying to tell people what’s true about Indian immigrants or tell them what virtue is (that wouldn’t be funny, they know that and the producers know that). So it’s nonsensical for Kondabolu to criticise the Simpsons producers/writers for not achieving something they were never trying to achieve – nor have any moral obligation to achieve.

Apu was never created to achieve social good, but Kondabolu apparently assumes he was or else believes that he should be. He seems to believe promoting social good, as defined by him, should be the sole purpose of everything everyone does in society.

This is puritanism reborn. Only this time the censorious moral beliefs are not about self-indulgence or sex but about comedy entertainment. Puritans used to believe self-indulgence and promiscuity were evil and would destroy good society. Now we’ve got puritanical types believing sitcom characters will do so.

Politicizing of comedy, driven by the likes of Hari Kondabolu, will kill comedy (and other things we human beings do for fun). We need to push back. We should continue to laugh unashamedly at what we find funny. Comedy writers should resist censoring themselves to appease people like Kondabolu who hope their nonsensical moral arguments shame and bamboozle them into doing so. Comedy producers should continue to give people comedy they like, not comedy that modern-day puritans think they should like.

I’m sorry that you were bullied Mr Kondabolu, but there is no problem with Apu. The world at large doesn’t have a problem with him either. The problem is with your reasoning skills and with your urge to blame freedom of expression for bad things that happened to you.