Free Speech is Disappearing, But Do We Care? 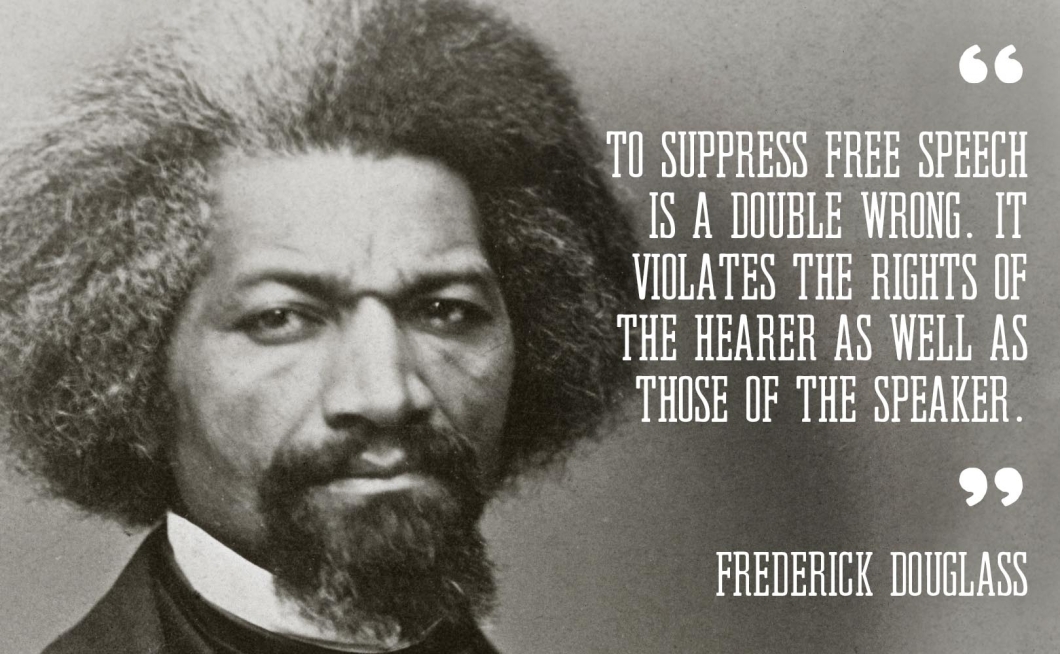 This week, the son of an owner of the hire company whose van was used in the Finsbury Park attack on Monday was arrested for comments he posted on Facebook afterwards.

Richard Evans allegedly posted: “It’s a shame they don’t hire out steam rollers or tanks could have done a tidy job then.”

Within my social media circles at least, the reaction to his arrest ranged from “saying something like that, what did he expect to happen?” to “serves him right!”

In a country that has upheld for centuries the right of individuals to speak freely and maintained the principle of free speech, without the aid of a written constitution, Richard Evans’ arrest and the lack of public outrage at it is a bad sign of a lack of regard for one of the key freedoms of our prosperous and progressive society.

When the Authority we live under is censoring speech by kidnapping (arresting) people for things they say to no one in particular, then it is adopting the behaviour of the enemy it claims to be protecting us from; because arresting people is an implied threat of force.

We must realise that there are in fact two groups who threaten our safety and freedoms. Islamic extremists and our own government; that group of people the public grant lawmaking power to. The former has the force of UK law acting against it, which limits its power, but the latter has the force of UK law behind it, which gives it unlimited power over us. Legalised evil is always the biggest threat to our safety, our freedom and our lives.

Yes, Evans’ comments were rather despicable and I’m sure they offended or upset some people, but the fact remains that making sounds with one’s mouth does not restrict anyone else’s freedom to use their person or property according to their own peaceful will. In other words, speech doesn’t violate anyone else’s rights because it can’t.

This is rationality that UK law has lost touch with when it obliges the police to arrest people who are judged to be ‘stirring racial hatred’ and defines such as a crime. If the laws we live under are dislocated from reason and a rational definition of what is criminal action, then the difference between living under the rule of UK law and the rule of Islamic State isn’t as stark as we think it is.

If we don’t defend the right of even the most loathsome people to speak freely then we don’t really believe in freedom of speech. We don’t accept it is a natural right of Man and we don’t have faith in it as a force for social good and human progress.

If people don’t have the legal right to speak their minds, even after terrorist attacks or tragedies like the Grenfell Tower fire, then we can’t say we have freedom of speech in our society because this right is an absolute one. You are either free to say whatever you want or you are not.

What, in actuality, we have is the freedom to say what lawmakers give us permission us to say. Even if those lawmakers happen to be permissive ones, it’s still not the same as no legal possibility of being arrested for saying things on social media.

Freedom of speech is an absolute, but it is bounded by property rights. Thus freedom of speech doesn’t mean you can say whatever you want wherever you happen to be. Property rights enable owners and people acting on behalf of owners to place limits on what people are allowed to say (or do) when on their property.

You wouldn’t be violating his political right to speak freely by ejecting him – he could say the same things anywhere else he had permission to or didn’t need permission to – you’d just be enforcing your right to utilise your own property according to your own peaceful will.

Indeed, because he was using Facebook’s property when he made his comments, Facebook has the right to ban him from accessing and using its platform. But the private owners of Facebook are the only people who should have the power to make this decision, not lawmakers.

The social media backlash to Evan’s comments show that most people won’t tolerate hateful idiots and will ostracise them (even his own father condemned his remarks), which in turn shows that we needn’t be afraid of what might happen if everyone has the legal freedom to say whatever they want. We should be far more concerned about what will happen to the quality of our lives and our children’s lives if they don’t have that legal right.

People have been speaking freely in public forums (social media is just a public forum) for the last centuries and British society hasn’t collapsed simply because evil or bad ideas freely entered the ears and brains of the masses. In fact, the opposite happened. Society flourished and it became more peaceful. As with all human freedoms, the good always outweighs the bad. Only bad things will happen if we allow ourselves to be convinced otherwise.