Rulers Don’t Care About Your Safety, Nor Can They Keep You Safe 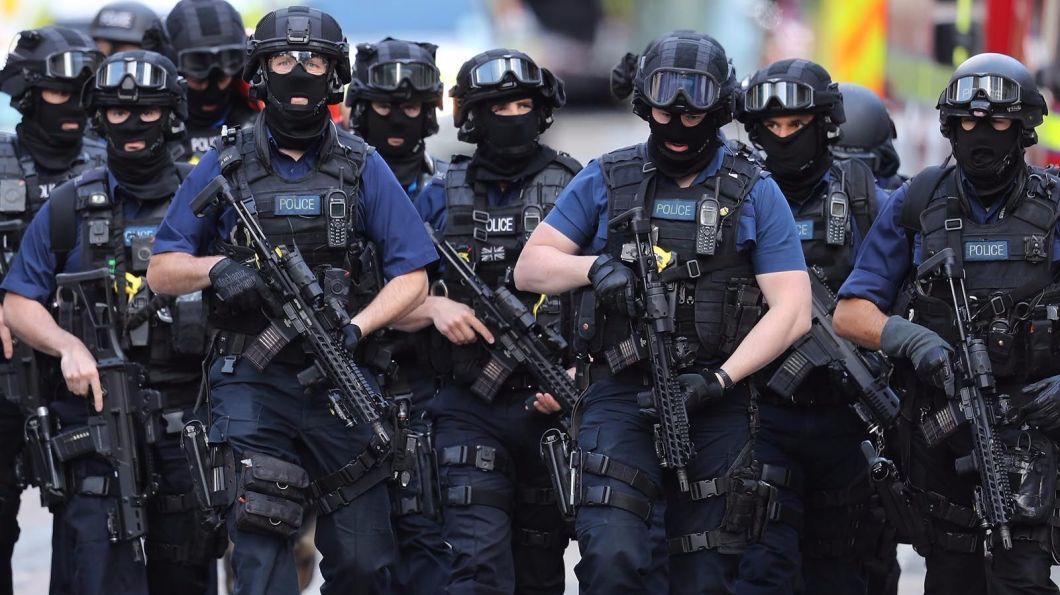 The three Jihadi killers who perpetrated the London Bridge terrorist attack were armed with knives, despite it being illegal in the UK to carry knives and other weapons. A reminder, as if one were needed, that bad people intent on acting violently don’t obey the law.

Good people intent on acting peacefully do obey the law, of course, which is why the poor souls who found themselves the targets of three suicidal psychopaths that night were all unarmed and defenceless.

For eight terrifying minutes, which must have seemed like a lifetime, people enjoying drinks and meals suddenly had to fight for their lives as best they could. Some managed to avoid being stabbed by throwing chairs and glasses at the attacker, but several other people were not so fortunate and were stabbed multiple times.

The media are praising the police for how quickly they responded and killed the attackers, but the attackers still had eight minutes to run around stabbing people. That’s a long time. Too long for the people who were killed and seriously injured. The tragedy is that the attack could likely have been ended several minutes sooner. If just one member of the public had been armed, then they could have shot one or more of the attackers within seconds or minutes of seeing the first stabbing.

If a few people had been armed, then all three attackers could have been killed or at least disabled within minutes. I’m not sure if the pub the attackers went into had a security guard or ‘bouncer’ that evening, but, again, if he had been armed then the people who were stabbed may have laid in their own beds on Sunday night rather than in hospital beds.

Before the three attackers had rampaged through a pub and two restaurants, they had run over dozens of people on London Bridge in a van. Again, some of these people could have been spared if an armed member of the public had reacted to what was happening and had taken shots at the van. Even if they had only reacted in time to shoot the attackers as they exited the van, that would have been something.

This should be enough to convince us all that abolishing the law against carrying weapons is a moral imperative and must be done immediately. With terrorist attacks happening more often, the stakes are now higher than ever. The human cost of not doing so is now higher than ever.

With no gun control laws it may have been easier for the attackers to acquire and use guns themselves – assuming the people who sold them didn’t do any kind of background checks or felt no unease at what their customers’ intentions were. But in the wake of other recent attacks in London and Manchester, it’s likely that more people in London than usual would be choosing to arm themselves when going out and therefore that the attackers would have been outnumbered and overwhelmed.

The fact that the attackers didn’t have guns is curious. If they really wanted to get guns, they could have got them. It’s not impossible and London is the place where it’s least difficult to get them. This suggests to me that, for some reason, they preferred knives. Perhaps the reason for this was one that only a psychotic Jihadist would comprehend, but then again perhaps it’s because knives are much cheaper and easier to acquire. Whatever the reason, my point is that the attackers may not necessarily have been armed with guns instead of knives if there were no gun control laws.

But this reasonable argument from consequence misses the point, anyway. The main argument is from principle. People have a right to protect themselves, which means no laws restricting this freedom should exist. There was a time, not so long ago, when British citizens were free to carry weapons in self-defence. So it’s not so radical.

Given the choice between a London of (some) armed citizens, who would all be punished by the law if they used their weapons aggressively, and a London of a likely larger number of masked state agents armed with semi-automatic weapons, who are rarely punished by state judges for killing innocent people, then I know which one I would choose.

Think about what we’re seeing happening in London these days. Large numbers of heavily armed state agents, who wear black balaclavas to hide their faces, gunning down knife-wielding maniacs on the streets with hails of bullets. This is the new normal in London and it’s entirely the making of the UK’s democratically elected rulers of the past decades. Men whose amoral military aggressions in Middle Eastern countries destroyed communities and countless lives and thus created the evil that now stalks the British public.

I guess we shouldn’t be shocked or surprised by this. Politics is violence, after all, and violence begets violence.

The UK’s ruling class consists of egotists, charlatans and power freaks who have as little regard for human life as they have for insect life. These are the kind of people who have no compunction about giving the orders to drop bombs in foreign lands that kill thousands of innocent men, women and children because they believe it will achieve some future ‘greater good’, because they want to make big money or because it gives them a perverse thrill.

The sort of sociopaths calling the shots within government and the UK’s police and security agencies who, despite likely knowing an attack was imminent and knowing who was going to do it, would allow a terrorist attack to happen and refrain from saving the lives of innocent people; in the hope that the emotional trauma of it induces a shell-shocked public to grant them what they (always) want: more legal powers to do illiberal things and more funding to do them with.

Think that’s too far-fetched or paranoid? Well, I say never underestimate the sheer lack of regard for human life and human freedom possessed by people in the highest positions of government authority. These people are professional sociopaths, after all.

And never make the mistake of believing such people genuinely care about your life, your freedom or your safety. They don’t. Your life is disposable and dispensable. You are a statistic, an object. A means to an end. To these people, the lives of people within their jurisdiction are as disposable as the lives of the hundreds of thousands of people in the Middle East who were killed by British bombs. They see your life and everyone else’s as theirs to control or dispose of as they see fit.

Lacking empathy and having little regard for human life are considered undesirable traits by people in peaceful society, but for people in the highest positions of authority within government agencies, these are considered good and necessary traits. And these sociopaths self-select people like them to work around them and replace them. State power is to sociopaths what a flame is to moths. Having the power to control, coerce, imprison and even kill swaths of humanity with just the stroke of a pen is a passion to such people.

The everyday policemen on the front line are mostly decent human beings capable of empathy, but the people who issue commands to their commanders are not. And these are the most dangerous people in our society. Most policemen are there to serve and protect people, but the people highest above them, so high they are never seen, are there to protect and serve their own interests.

This is the reality we need to accept as adults living in 21st century Britain under the most powerful, illiberal and invasive government our society has ever know. And the state’s powers are not about to stop expanding if Prime Minister Theresa May gets her way. She is proposing to ban working cryptography (i.e. banning all secure communication apps and software that doesn’t have back door access for government) in the UK because she believes this will make people safer. Not only is this desperately illiberal, but as experts in the field have already explained, it’s also a terrible idea, which would achieve the exact opposite of its intended aim.

But that the Prime Minister is even proposing this shows she believes more government action is the solution and shows what an irrational amount of faith she has in it. The very same idea and intellectual flaw that created the vicious circle of violence which British society has become trapped in. One that began with the British government dropping bombs in Iraq and Afghanistan because rulers then thought this would improve the lives of the people there and is ending with UK-based religious psychopaths indiscriminately murdering people on the streets before committing death by cop.

The UK government refers to Islamic State and its agents as extremists and plays the part of the good guys who love peace, but this is either delusion or deception. It too is an organisation that terrorizes, plunders and controls people (e.g. bombings in the Middle East, taxation, the war on drugs etc) and its members (even though they change every few years) also believe that violence leads to virtue.

Just as Islamic State is now doing, the UK’s lawmakers simply wrote laws that sanction their own acts of theft and murder and prohibit anyone else’s. it’s the same evil but in different disguises. The former is disguised as God’s will whereas the latter is disguised as the people’s will. Either way, the victims are everyone and anyone within firing range.

The war between the UK state and Islamic State isn’t what it appears to be. In truth, it’s a struggle for the power to control the lives and property of people and not a noble fight for the freedom of those people. That struggle has always been and always will be between people and power – however long it has existed, whatever it calls itself or however it justifies its existence.

The state, at any given moment, is merely a gang of sociopaths, egotists and charlatans who have an army of men with guns to enforce their will upon everyone else in the form of laws. (That the public elects them into these positions of power thus enabling them to plunder on mass and play God is the great tragedy of our age). The state is not our father and protector. We are not its children. We are its captors and we are its victims. We can’t possibly be anything else.

Previous democratically elected leaders created an enemy that even the UK’s surveillance slash police state can’t overcome. Worst still, those currently in power have about as much incentive to let religious psychopaths murder innocent people as they do to stop them. The safety of people in the UK’s major cities appears to be more at risk than ever, which is why now is the most dangerous time for them to assume the people in the highest positions of power in government are willing and able to keep them safe.