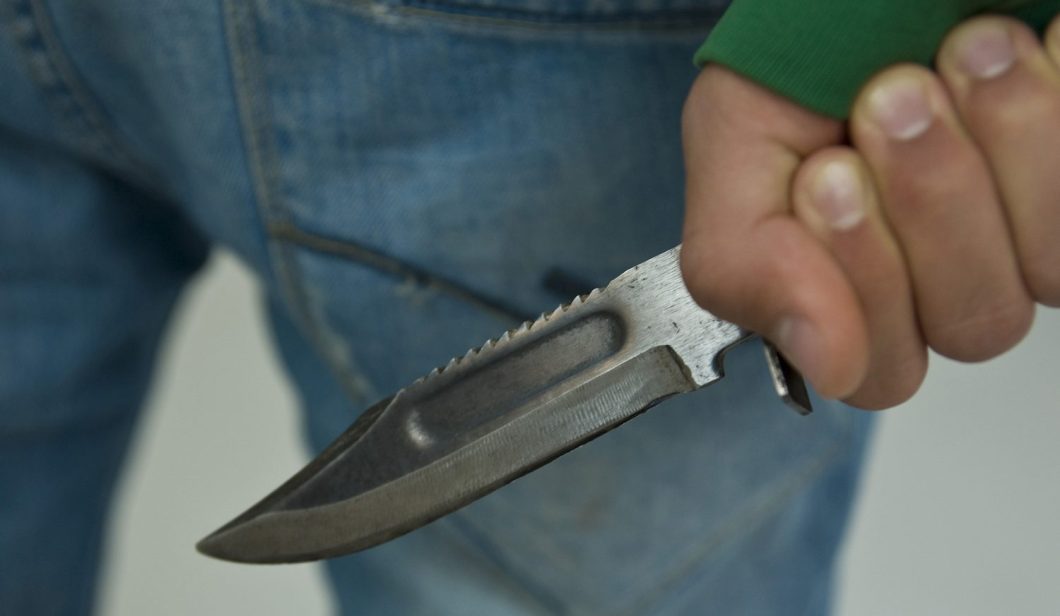 “No-one is born with a knife, but what people are also not born with is [sic] purpose. People where we live, we ain’t got no purpose…”

These are the words of a young man from London, quoted in a BBC piece entitled ‘Knife crime: Why are more youths carrying knives?‘

This 18-year-old, through the cold, hard experience of life in a London welfare ghetto and being on the wrong side of the minimum wage law, shows a depth of understanding about the problems facing his generation that politicians, who are convinced more government action is the answer, could ever reach.

Whether he realises it or not, Orlando hits the proverbial nail on the head when he goes on to say “We don’t know our worth”. This could not be a more precise description of the core problem facing many youths and young adults today in the UK.

Everyone’s most basic social worth is in producing goods and services that add value to our lives, but many youths and young adults don’t know it. They don’t know it because the minimum wage law prevents unskilled and inexperienced people like them from being employed by businesses that could only employ them at a wage rate lower than the rate decreed by the government.

It’s this government-made obstacle that prevents them from knowing and seeing their worth to society for themselves – in the form of every “thank you” they get from customers and in the form of the wages they receive from their employer.

With the minimum wage law and with the UK economy stagnating, it’s very difficult for youths and young adults today to learn their worth, to experience the benefits of economic exchange and to learn the essential life lessons that having a job teaches. Your first job teaches you about the benefit (to you, primarily) of negotiation, compromise, cooperation, teamwork, keeping your word, self-discipline etc. And, perhaps most importantly, from how much you enjoy it or how much it bores you, you step a little closer towards figuring out who and what you want to be.

The further problem, I would argue, is that most youths and young adults in the poorest areas of London are unlikely to be getting any encouragement or sound advice from their parents, who are likely living on government benefits to some degree. Many may have parents who don’t work and so they have no role model to inspire them. The false reality and sense of security created by living on welfare conceals the true cost of deliberate economic idleness, which in reality is a life of dependence on others or scrounging or robbing.

Many youths and young adults today don’t get to see the true cost of idleness; to them, it appears to be a viable lifestyle. But if they were to slip into a parallel universe where there was no institution robbing Peter to give to Paul (i.e. government welfare system), then they would quickly realise that it is not. They would see that the reality of living in society is giving and taking, not just taking.

If you offer nothing that others value, not even your time and labour, then very few people will give you anything; certainly not enough to live a decent life on. The one thing every person can offer in exchange for goods and services is their labour and their time, but the minimum wage law prohibits everyone whose labour and time is not worth the legal minimum wage from doing so. Effectively, this leaves those people with nothing to offer in exchange for what they want; they are shut out.

When backed into this government-created corner, there are only two options: be dependent upon someone else, which is demeaning and very limiting, or use force to take what you need and want from others, which is immoral but less limiting and more empowering.

Any youngster who’s been led to believe that one must, at all costs, hold one’s self in high esteem will likely resort to stealing and mugging more than scrounging and begging. And the former is easier if you have a weapon. Knives are the popular choice in the UK because guns are comparatively more scarce and more expensive.

The simplest explanation, then, for why more youths and young adults in London, who are otherwise law-abiding citizens, are carrying knives could be that they feel more threatened. But maybe it’s more than that. Maybe it’s an effective way for young men who feel powerless to feel powerful. After all, carrying a knife forces everyone you meet to give you the lowest kind of respect. The kind of respect that a person who fears for their life gives a person equipped to end it. Perhaps many young men today believe that’s the only kind they can ever expect to get.