Spontaneous order and the folly of central planning 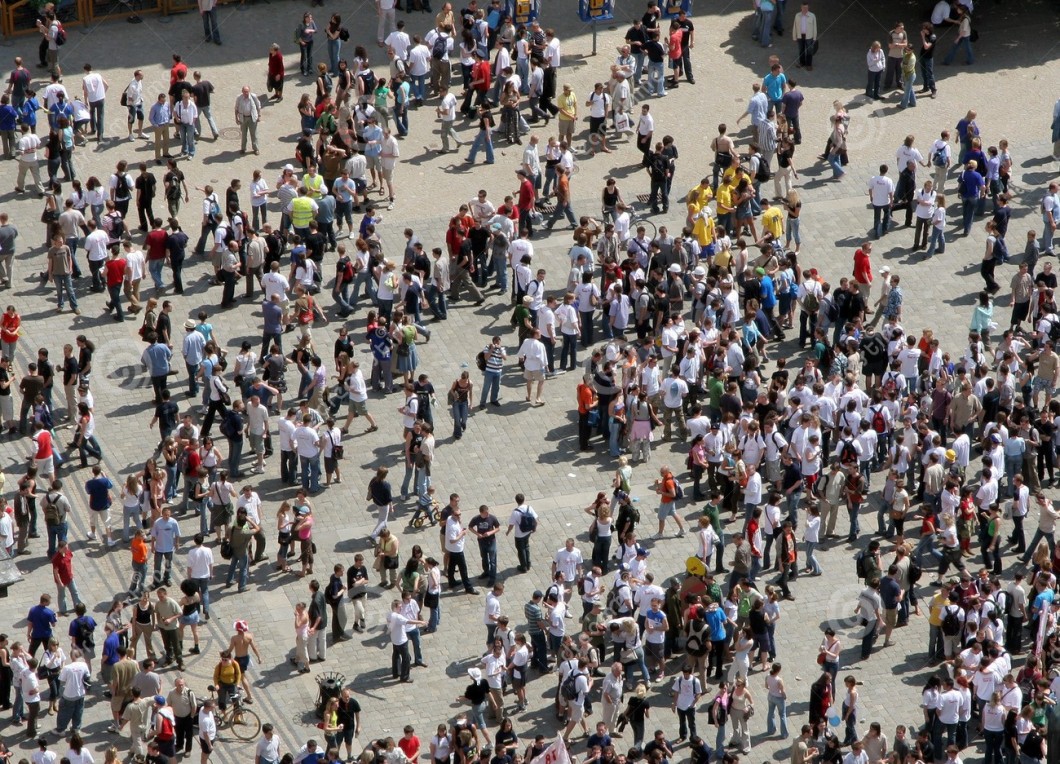 Whenever I’m navigating my way across the space where walkways converge in one of London’s busiest train stations, such as Waterloo or Holborn, I find myself marvelling at how everyone manages to avoid bumping into each other. Hoards of people coming from multiple directions and converging on the same space. It seems like chaos. It is chaos. It looks like a situation that must lead to many collisions, confrontations and the flow of people grinding to a halt.

But somehow that’s not what happens. We do bump into each other, of course, but not very often and then only in ways that cause no lasting harm and which barely require an apology. We do get slowed down or even momentarily halted on our way from A to B, but not in any significant way. We’re talking seconds’ delay, not minutes.

This amazing spontaneous order is the result of our brains constantly making adjustments in our speed and direction as we walk. By analysing the movements just made by everyone we can see approaching us, our brains are rapidly predicting what their movements will be in the next moment. So as to decide whether we should stay our course, move left or right, speed up, slow down or stop.

Our brains do a remarkably good job of finding the quickest way to pass through a crowd without bumping into others or violating our standards of common decency. Furthermore, they do this mostly unconsciously, leaving us to use our conscious mind to think about something else or to have a conversation.

This high level of safety and efficiency, this spontaneous order, wouldn’t be possible if the individuals in the crowd were not free to act according to their own will. Why? Because each individual is the best person, in terms of knowledge and incentive, to guide himself in the safest and quickest way through a crowd. Only you have access to the momentary, fleeting knowledge that your senses and brain gather and process in fractions of a second, which you need to navigate yourself through a crowd. And no one else has a greater incentive to protect your welfare and to get you from A to B as quickly as possible than you.

Imagine if everyone was compelled by threat of force to follow a set of rules for navigating crowds. Rules created by one person or a group of people who sincerely believed they could do a better job of it than the individuals themselves. What do you think would happen? Would it result in fewer incidents of people bumping into each other or more? Would it result in quicker navigation through crowds for everyone or slower?

The answer is obvious. It’s impossible for any set of rules to legislate for the infinite variety of circumstances that can arise from crowds of people, regardless of how intelligent or benevolent the rule-makers are. No rule-maker could ever predict every possible scenario. Thus the rules would inevitably lead people to move in less safe and less efficient ways more often than they otherwise would making navigation decisions themselves.

If everyone was compelled to obey laws for navigating crowds, then there would be lots more instances of people bumping into each other and getting annoyed, and no one would be getting anywhere fast. The flow of people would slow dramatically and may even stop entirely. The sheer frustration of facing punishment for acting rationally and of not being able to achieve an end that the human brain can otherwise achieve without even breaking a sweat would boil over – leading people to abandon common courtesy and most of their regard for each other’s well-being.

The insurmountable problems our rule-makers face is that they cannot acquire the knowledge they need to navigate every individual through a crowd at least as well as the individuals themselves can do so. Because said knowledge can only be obtained by being in the position that each individual finds himself in at any give moment. Also, our rule-makers would not have the same incentive to avoid making harmful or stupid decisions because they would pay no price for being wrong.

Now consider how we are supposed to believe that lawmakers, technocrats, and politicians are managing the spontaneous order that is our capitalist economy, which is to say controlling our economic lives, such that we’re all better off. Do you see how absurd such a claim is? In the same way that it’s not possible for someone to create rules to guide us through a crowd better than we can ourselves by making choices for us, it’s not possible for people in government power to better guide us towards our goals by making economic choices for us.

They can’t do this because they cannot acquire the knowledge to do so and lack incentive to do so. But that doesn’t stop them from believing that what they do, which in truth is nothing more than blindly groping in the dark, benefits us all. Which is why they often think so highly of themselves and the institution they represent. Evidenced by the grandeur of the state buildings they erect for their own use, such as the Houses of Parliament. Reflected in such magnificent buildings is the magnificent egos of the ruling class.