Both sides of the UK’s EU schism should be ashamed 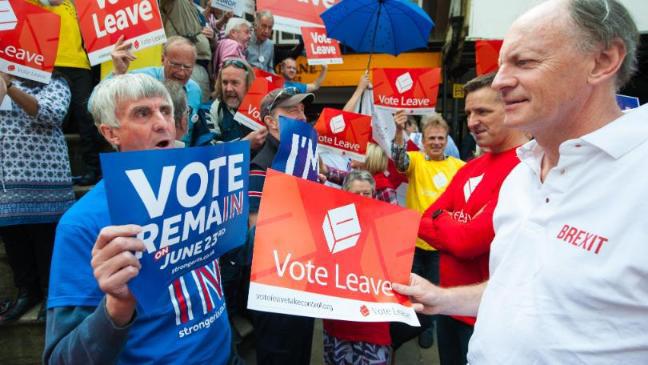 It’s been discovered that some people in favour of Britain remaining in the EU have resorted to unscrupulous means in their attempts to get the government to nullify the result of the EU referendum. According to the House of Commons Petitions Committee, 77,000 names on the petition for a second EU referendum were added fraudulently and have thus been removed.

Scrapping over political power, scrapping over who gets to hold the gun, drags a people down. They resort to the kind of anti-social behaviour and illiberal political activism that we’re seeing. We’ve got a faction of Brexit-ers refusing to tolerate ‘outsiders’ and demanding government sends them away. And we’ve got a faction of Remain-ers refusing to tolerate democracy when it results in outcomes they don’t agree with, and demanding government abandon it.

For shame, the lot of you! Your profound intolerance of each other will destroy that which you seek to protect – peace, prosperity and progress. We don’t all need to agree, to be of one mind. The foundation of society is property rights; the freedom to peacefully use one’s person and property according to our own will. All else follows. That is the seed from which everything we value grows. The beautiful complexity of our world comes from this simplicity.

The following should be an obvious point, but it seems to need making. Just because someone who has racist or bigoted beliefs voted for Brexit, doesn’t mean secession from the European Union is an inherently racist, bigoted or illiberal political act.

It’s the same with Brexit. Racists and bigots are exploiting the (unfortunately unavoidable) national sovereignty aspect of Brexit to shout loudly about taking ‘my’ country back and telling ‘immigrants’ to fuck off. It’s ghastly but there’s no political solution to it. Other than having government remove civil liberties like freedom of speech and association. But, of course, that would harm us all and so is no solution at all.

Regardless of what people for or against it think Brexit is about, it is about one thing: decentralizing and devolving power/control over the economic activity of people. It is not about putting up racial, ethnic or cultural barriers. It is not about isolating ourselves from Europe or pulling up the drawbridge. Secession from the EU is a necessary step to achieving the state of freedom that maximizes wealth creation, and thus prosperity. All nations should do it.