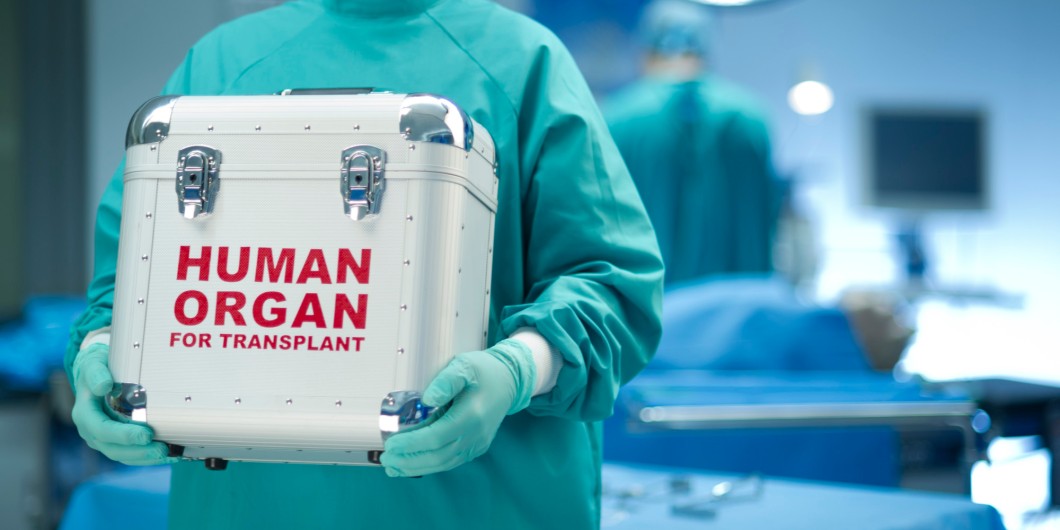 By December 2015 every adult who lives and dies in Wales will be “treated as having no objection” to having their organs removed and donated to others by State hospitals. The BBC reports that the Scottish parliament is now considering the introduction of a similar system.

Currently in the UK it is illegal for organs to be removed and donated unless the deceased had registered as a consenting organ donor or the next of kin gives their permission. Under the new ‘soft opt-out’ system State (not private) medical staff have the legal right to remove organs and/or other body parts without the express permission of the deceased.

Here’s the crucial change. Under the new system the law will still allow the next of kin to object, but this objection will only be heard if it is “based on the views of the deceased”. Currently if the next of kin objects, then that’s it: no organ donation. The objection doesn’t have to be legally justified. The next of kin has the final say. The power of veto.

Under the new system the next of kin will still have the power of veto, but only if, it seems, they can somehow prove to or convince State hospital staff that the deceased would have objected to having their organs donated. Given that the priority of medical professionals is always to save as many lives as possible one can’t help but wonder how easily or not they will concede to the wishes of the next of kin. They may often find themselves with a greater incentive to deny the family’s wishes when they have a patient whose life they are convinced can be saved.

Regardless of good intentions or beneficial outcomes, this is a case of the State inserting its members as the people with the best claim to ownership of the corpses of private citizens and thus obliging everyone to explicitly reassert otherwise. The ideal of politicians and progressive lobby groups that everyone should donate their organs after death should not supersede the choice of our next of kin – who are the only people with a valid claim to ownership of our corpses in accordance with current law on property inheritance and intestacy.

I would imagine it’s not widely known, but UK law does allow people to bury their deceased relatives on their own or someone else’s private property (as long as it’s done in accordance with some State regulations). This freedom shows that the State currently and ordinarily recognises the next of kin as the rightful owners of our bodies after we die; as the only ones who get to decide what is done to it and how it is disposed of.

From the perspective of individual property rights it’s perverse and inconsistent that the State, which could only claim ownership of the bodies of those people who have no living relatives or nominated next of kin and not anyone else, has the legal right to remove bits from our dead bodies unless our next of kin can prove that we would have objected. The burden of proof should be with the State, the agency claiming the right to act upon our corpses, not on the established owners.

What if the family or nominated next of kin’s objection to organ removal is not “based on the views of the deceased” but on their own? As the owners they have the right to disagree with the use of their property for any reason, not just those permitted by the State. Some may argue that there couldn’t possibly be any good reason to refuse to allow a hospital to perform an organ transplant operation, but we can’t be sure.

What if the person whose life is going to be saved is a rapist, murderer or criminal? Our next of kin, as the owners of our corpses and as moral human beings, have the right to judge who deserves to benefit from our organs and who doesn’t. If they aren’t told about the character of the person who is to receive the transplanted organ, then these worries and doubts will linger in the minds of our next of kin and probably affect their decision anyway.

That someone’s life may be saved as a result does not make it morally acceptable for the State to violate our genetic or nominated next of kin’s property rights over our corpses. The Red Cross would surely save many more lives if it simply took money from millions of people’s bank accounts on the presumption that most wouldn’t object to helping victims of natural disasters, but they don’t; presumably because they know it would be immoral.

This so-called soft opt-out donor system is an expression of a perverse ethical notion. The State is effectively presuming that everyone agrees that it is the moral purpose of their lives to use the organs of their deceased relatives to benefit others. The State hasn’t gone so far as to legally prevent people from disagreeing, but it would take a brave man to bet against it doing so in the future.

If the opinion of influential organisations like the British Humanist Association is anything to go by, then it may only be a matter of time before an opt-out system is also introduced in Britain.

Recently the BHA openly declared its support for the Welsh opt-out system and revealed its hope that such a system is implemented across the rest of the UK:

“Not to be outdone by Wales (which will soon transition to an ‘opt-out’ organ donor registration system in a move which will save countless lives in hospitals across Wales), politicians in Scotland are now looking to change the system there too. If this eventually happens, then two out of four countries in the UK will have moved over to a more ethical, rational, and effective procedure. We hope to see similar proposals come to the UK Parliament and Northern Irish Assembly on behalf of English and Northern Irish people, too.”

If we accept that our next of kin are the rightful owners of our corpses and that the respecting of property rights is essential to free and peaceful society, then we can hardly call the opt-out system more ethical. I suspect what the BHA is arguing is that the system is “more ethical” because it’s believed that it will lead to more organ donations and therefore more lives being saved.

Not only is this falling into the trap of using good outcomes to justify immoral means, which is at odds with how we regulate our behaviour on a personal level, but according to a piece by The Guardian newspaper “…several reviews had found an opt-out system made little difference to donation rates because family were still given the final say.”

The article doesn’t reveal whether the opt-out systems reviewed had the same requirement that the Welsh system will have, which is that any objection to organ donation on the part of the family must be “based on the views of the deceased” in order to be considered a valid objection, but the wording suggests that they didn’t.

The Organ Donation Wales website doesn’t state that the family will be given the final say, it merely says that “Families will always have a very important part to play…”. This sounds suspiciously like government-speak for: we’ll listen to your family but in the end do what we want. After all, we know best and we have the best of intentions.

Beware the humanitarian with a scalpel.

If we want or need to encourage more people to sign up to become organ donors then we should content ourselves with doing it in the only way that respects human liberty and property rights; by using persuasion and argument based on reason and evidence – awareness campaigns etc.

As ever, the temptation to use the law and the coercive apparatus of the State to attempt to solve a social problem is immense, especially when we’re dreaming of saving lives by doing so, but it’s one we must resist. We must embrace liberty and have faith in science, technology and free markets to save, lengthen and improve the quality of human lives. After all, it’s been doing so for hundreds of years already.