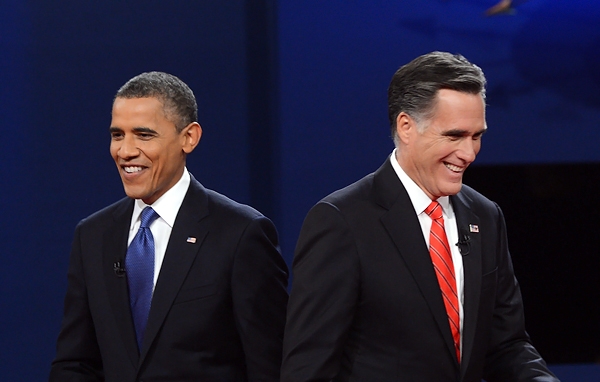 Important is defined as: of great significance or value; likely to have a profound effect on success, survival, or well-being. Note the word ‘profound’, which means very severe or extending to a great length.

The paradoxical thing about the election is that Obama, Romney and the intended actions of the political groups they represent are important to every single American, but the action of voting for either one of them is entirely devoid of importance. This is because both parties have clearly stated that they have no intention of taking the actions necessary to give America even a fighting chance of avoiding a complete economic collapse, or at least lessening the impact on everyone’s lives to some degree. In other words, the actions that will be taken by either group once elected will lead to, fundamentally, the same consequences.

Here’s an analogy. Let’s say your friend, John, has a toothache. Should John willingly suffer the momentarily greater pain of having the tooth removed in order that he may experience recovery as soon as possible and therefore minimise the length of time spent suffering overall? Or should he delay experiencing the greater pain of tooth extraction for as long as possible by continuing to take painkillers? Obviously, the longer the tooth is left in the more painful and lengthy the eventual extraction process will be. So, although delaying the inevitable is tempting from a short-term perspective, it leads ultimately to more suffering in the long-term, and to an overall longer period of suffering than having the tooth extracted as soon as possible would.

Let us now drop Obama and Romney into our analogy and assume that they have total power over whether John gets injected with painkillers or not, and that John is given the power to vote either of them into power over him. Obama and Romney would both, without a moment’s hesitation and with absolute conviction, advise John that it is in his best interest to keep taking the painkillers – and promise to keep pumping them into him should they get elected. Whether this is simply due to an innocent deficiency in their reasoning skills or instead due to some form of sociopathy, or a combination of both, is something we can’t know because we can’t crawl into their minds (frankly, I’m not sure I’d want to even if we could). Either way the effect is the same: John’s suffering is prolonged and he experiences more pain overall in the end, regardless of whether it’s Obama or Romney administering the drugs. So, in our analogy Obama and Romney are important to John, by definition, but his choosing between the two is entirely devoid of importance. So much so, that he may aswell not bother.

Back in the real world, the situation is much the same. Americans may as well not bother voting. Whomever they vote for is going to keep pumping ‘painkillers’ into America (i.e. printing money and keeping inflation rates low) until the point when, probably quite suddenly: the dollar collapses, normal commerce breaks down, and widespread social unrest breaks out (the tooth gets infected). This isn’t my opinion, this is fact. We need only look at the various debt reduction plans proposed by the political parties, which forecast spending and revenue up to 2022, to realise that none has any intention of balancing spending and revenues. The gargantuan deficits are set to continue. As long as that is the case the reduction in the standard of living of Americans is going to be greater and will last for longer than it would do if government made the necessary mammoth cuts in spending and stopped borrowing now, or had already done so. That’s important.